As also should be noted, although some sites are reporting differently, we actually found the RIP-IT Air to have a lighter swing weight than its top shelf brother the 2015 Air Elite BBCOR.

The bat also comes with RIP-IT’s best in the business warranty. It is a 400 day unlimited return as well as a 30 day love it or return it and RIP-IT will pay for the return shipping. It really is a no risk trial and we at justbatreviews love that about the company and bat. It is no wonder they have the reputation for customer service that they do.

As well, the 2015 version does come with an updated paint job from last year. Here is a shot of the 2014 version: 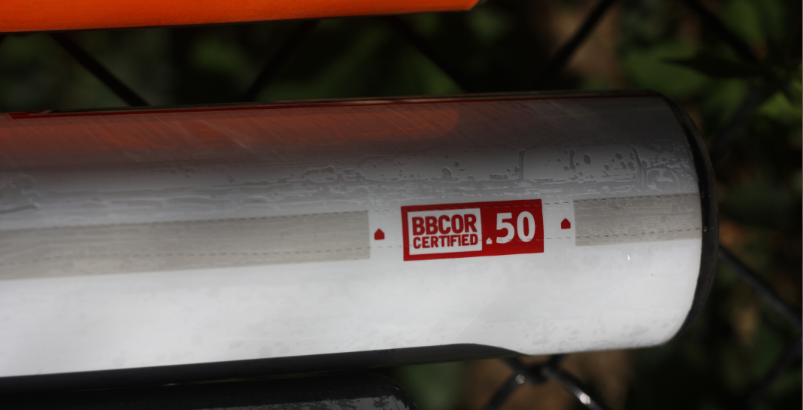 The barrel, compared to other bats, could be bigger. However, we think, the gradual neck is what lends to the consistent barrel performance. We don’t believe you’d have as much success off the sweet spot if the bat was engineered to look more like a boat oar.

As well, for every 1 who said they didn’t like the bat there were about 99 who said they did. The bat was one of the most popular one piece aluminum bats on the market in 2014 and since not much has changed for 2015 we suspect results will be similar.

The bat is, in our opinion, a hitters bat. It isn’t particularly frilly or overly designed and its balanced swing doesn’t make it a home run hitters bat. Players who want a bat that looks like a bat, swings like a bat, and hits like a bat with a lighter swing should be quite pleased they picked up one of these bad boys.

We recommend this bat for hitters who: Prefer the power in one-piece aluminum bats; Are on a budget yet want a top shelf BBCOR bat; Are base hitters; Are looking for a bat with the best warranty in the biz; Want a bat they can try out for a couple of weeks to decide if they want it for the season; Hitters looking for a light to balanced swing.

We do NOT recommend this bat for hitters who: Are not on a budget; Prefer composite barrels or two piece bats; Prefer end loaded bats; Are big bomb hitters.