The Z-Core Speed from Easton has been in our possession, and cage, for nearly one month. We’ve observed a number of hitters hitting with the bat. We also reviewed our 2016 Z-Core Speed write up last year, as that bat is basically identical to the 2017 version. As well, we spent well over an hour, searching the internet for information on the new Z-Core, exchanging emails with folks at Easton and reading user experience with the previous year’s bat. Armed with that background, we write this 2017 Easton Z-Core Speed Review.

You might find our 2017 Z-Core Hybrid review worth your time, and info on the entire 2017 Z-Core and MAKO lineup as well.

Why & How We Would Buy

We would price shop. Starting here (Amazon). We would look for new, in wrapper, warrantied bats from trustworthy vendors in a 2016 model, as there isn’t a significant difference with the 2017 version. We might also consider the Whiteout Z-Core speed in event we wanted a bat with more flash.

We would not buy the Z-Core Speed if we were 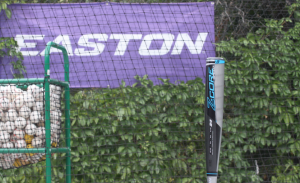 A monster sized barrel with a light swing in the single piece alloy space, like the Z-Core Speed, is hard to come by. But, we’d definitely look closely at the 516 from Slugger (our 516 review) before pulling the trigger on the Z-Core Speed. The lighter swing weight and the bigger barrel in the Z-Core, if that’s what we wanted, would be plenty enough reason to pull the trigger Easton’s direction. 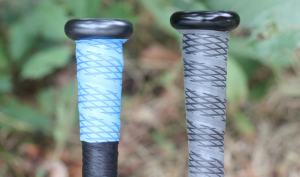 As we mention above, Easton’s 2017 Z-Core Speed will come in BBCOR only. This means, and you should really know this already, the bat is a drop 3. That is, the numerical difference between the bat’s length in inches and the bat’s weight in ounces is three. 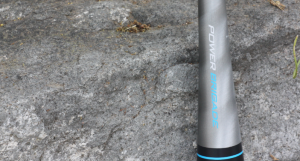 Like last year’s 2016 Z-Core, the 2017 version is a single piece aluminum alloy bat with a light swing weight. The barrel is the exact aluminum barrel found in the Z-Core speed lines. For at least a couple years now, Easton has used an inner sleeve in the bat’s design to increase the size of the barrel and sweet spot. It is the largest barreled single piece alloy on the market.

There is only a design feature change from the 2016 version. Which, it turns out, was just a color up from the 2015 version (called the S3Z). They did add the word “Speed” to the barrel and name.

Where Else To Look? 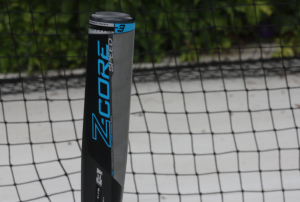 Here we link some places we found some helpful information in writing our review.