DeMarini’s 2018 lineup includes a CF Insane. That is, a two piece composite bat built like the CF ZEN, but with a heavier swing weight. The bat is intended for BBCOR players who prefer bats with the weight in the end cap. Generally, stronger players who have topped out on swing speed and bat control prefer this over the CF Zen. After a lot of work with the bat, below is our 2018 DeMarini CF Insane review.

The best price to check prices is on Amazon. Most sellers have a store there and the prices get driven down. You can also check places like JustBats and Closeoutbats, but their inventory will run out of stock at some point.

You might find our 2018 Demarini CF Zen review worth your while, too.

The CF Insane is included as one of our 7 Bestest BBCOR bats list. 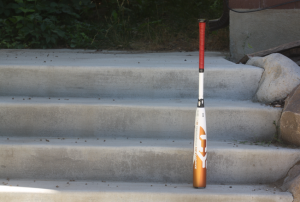 Let’s put it like this, in the 2018 CWS the CF Insane was a player favorite. That is, some of the best players in the world, still at the composite or aluminum level, choose the DeMarini CF Insane over just about any bat of their choice.

Our swing speed measurments showed the CF Insane to have a 10% heavier swing weight than the CF Zen for any given size. That is, the CF Zen in a 33/30 swings 10% lighter than a CF Insane 33/30. 10% is a weight we can measure and a weight difference you can feel.

If you prefer a bat with more weight in the end cap, but still need a lot of bat speed help, then consider sizing down an inch on the Insane.

Where to Buy the 2018 DeMarini Insane?

The 2018 DeMarini performance line has a release date of August 1, 2017. After that time, and through the spring of 2018, expect the vast majority of major outlets to carry the bat. We often look at places like justbats.com and closeoutbats.com to check inventory and pricing. Of course, our favorite place to check is Amazon as many of the major vendors sell directly on their site. 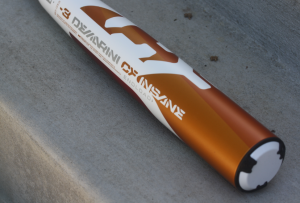 From D-Fusion to 3 Fusion

The most significant differences between the 2017 CF Insane and the 2018 CF Insane is a change in the connective piece. The connective piece, you may recall, is the device that removes vibration from the handle on mishits on the barrel. The idea is to give greater confidence and feel to players. It works. In 2018, DeMarini updates the D Fusion handle with a less bulky construction. This lack of bulk allows for DeMarini to more precisely dial in swing weight throughout the bat.

The change is a modest one at best. But, for a 2017 version that was highly rated by everyone, we dare say DeMarini need not change much.​ The new connective piece serves as a decent upgrade to a well received bat.

In 2016 there were several end loaded two piece composite bats on the market. Those, like the Easton MAKO XL, did not sell very well. Indeed, only a few types of players, mostly collegiate guys who could spend all day in the weight room, were in the market for this bat.

For 2018, in large measure, the CF Insane has no real comparable bats of its class. An end loaded two piece composite bat is a bit of an oddity for a standout hitter. 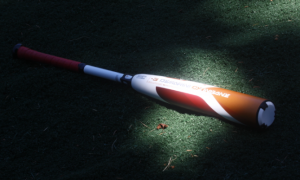 The construction of the CF series of bats from DeMarini is something we have discussed on a number of occasions on this site. In short, the bats are two piece composites built with a very high grade composite barrel and handle. These two pieces are stuck together with a connective piece DeMarini calls the 3 Fusion. This 3 Fusion is the most unique feature to the 2018 class of bats, and has removed some weight from the connective piece, leaving it to be utilized elsewhere.

​Specifically to the CF Insane, the bat’s balance point is found about an inch further down the barrel (towards the end cap) when compared with the CF Zen. This allows more power at contact assuming (and a big assumption) the swing weight stays the same.