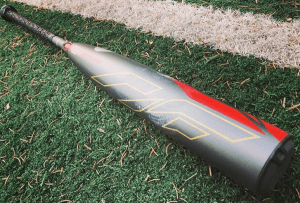 We surveyed over 2,000 players on their 2019 bat usage. We asked what bat they used, how they liked it and what bat they think is the best. We parsed that data into each individual bat and report those on our review pages. As well, we aggregated data on the bat brands overall ranking.

Owners of the CF Zen BBCOR who believe they have the best bat:

Where do BBCOR Players Rank the CF Zen among BBCOR bats?

What popularity rank is the CF Zen BBCOR Bat?

Owners of the CF Zen USSSA who believe they have the best bat:

Where do USSSA players rank the CF Zen USSSA Bat?

How Popular is the CF Zen USSSA Bat?

Owners of the CF Zen USA who believe they have the best bat:

What rank do USA players give the CF Zen USA bat?

What rank is the popularity of the CF Zen USA Bat?

The only reasonable consideration to avoid the CF Zen is because of the price point. Granted, the bat’s price is right in line with other flagship bats on the market like the Easton Ghost X, for example. Otherwise, the BBCOR version of the CF Zen is a perfectly balanced ball killer. If you’ve heard durability complaints that is due to the USSSA version. BBCOR is locked and loaded.

The risk with the CF series of bats is the durability. But, if you are comfortable dealing with a potential one time warranty then you won’t beat the performance of the Big Barrel CF Zens for 2019. The drop 5, 8 and 10 are the best in the biz and, with the exception of that durability caveat, we recommend them across the board. (Oh, and you need the budget too).

Our experience with the two bats pushes us towards the 2019 version--especially in the drop 8 and drop 10. The 2018 version was, in large measure, a repaint on the 2017 CF Retooled CF Zen. The 2019 Zen in the drop 5, drop 8 and drop 10 are all new bats from the ground up and you won't find that dampening ring inside the barrel to make it legal.

DeMarini's CF line of baseball bats are, arguably, the most popular bats on the planet. We have hit, and reviewed, every CF series since the CF3.

The 2017 CF Zen is a legend. The 2 3/4 blue one was banned from USSSA play and the 2 5/8 green drop 5 was and is an absolute ball killer. At the time of this updated writing you can still find it on Amazon in exchange for your kidney. The bat is the perfect blend of balance and performance. Long sweet spot in every size and dominates the USSSA space. The only downfall is that it has some durability issues---but that is directly correlated to how hot the bat is from day 1.

If you are in the two piece composite light swinging big barreled bat space then the CF Zen has some company. In 2019 the crop consists of Eastons new ADV, Rawlings Quatro Pro and Slugger’s 919 Prime as well as their Meta Prime. Axe bats also makes a two piece composite in the Axe Avenge.

Each of those bats, with the exception of the Meta Prime, price out about the same. In terms of performance and feel it just depends on the league we are talking. We think any company is hard pressed to meet the performance standard DeMarini has set in the USSSA space. But, in the USA and BBCOR world we often feel like your guess is as good as ours.

After a couple hundred hits with the 2019 Slugger Meta 9 Prime BBCOR bat we have some recommendations. We think it one of the best BBCOR bats on the market.

Easton’s top end bat for 2019 is called the Project 3 ADV. The ADV comes with a few features we’ve yet to ever see on other bats including a Power Boost knob and an improvement in the connective piece.

Rawlings looks to improve upon the durability of their flagship bat with the 2019 Rawlings Quatro Pro. The BBCOR version of the bat was our favorite bbcor bat in 2018.

If you follow any online groups and follow a conversation about the CF Zen you’ll quickly find many complain about the weight of the bat.

The vast majority of these complaints disregard the only thing that actually matters (which is swing weight) and only focus on the total weight of the bat. Total weight, as we discuss elsewhere, is a silly thing to care about when the point of the object you hold is to swing it. We can’t disregard physics.’

Despite that reality, the complaints about a bat not weighing what is says it does is a never ending stream on social media. The one we used, for example, weighed 1.5 ounces over the sticker weight (not uncommon). But what does total weight actually mean when you swing it? By itself, quite frankly, virtually nothing.

In terms of swing weight, though, the 2019 CF Zen, and any CF Zen or CF_, we’ve ever measured, finds itself right in the mix of the normal drop swing weight of comparable brands.

The 2019 CF Zen is a two piece composite bat built with a big barrel and balanced swing weight. It sits on the easier side of the isle in terms of swing strength and the higher side of the isle for barrel size. The connective piece, called the 3-Fusion, is used on their other high performance bats. Some argue it is the perfect combination of stiffness and give for that butter smash all day long.

As much gruff as the change in the 2018 USA Bat standard produced, it did do one thing great: consolidate the amount of shelf space needed. There is no longer a need for a 2 5/8 USSSA 1.15 BPF bat. Because, simple enough, any league that allows USSSA 1.15 bats allows them to be 2 3/4 diameter barrels.

Expect this to release closer to September of 2018. When we get that in hand we will put up a review.