World’s Hottest Bats | The Best Ever 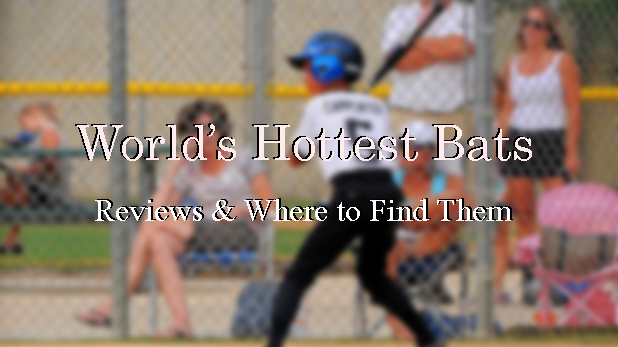 We have written so many best bat articles it makes our heads spin. But surprisingly, what we’ve yet to do is make a list of the world’s hottest bats. That is, what bats have been known to be the ‘most hot’ off all time and eternity. In Little League, we consider the Combat B1 the hottest ever. For Big Barrel, the 2017 Drop 10 CF Zen was ridiculous. In Adult league, we think the Redline Z-Core from Easton takes the cake. In Slowpitch we would take the Miken Ultra II. And in Fastpitch, well, we think there are several.

You may also like our hottest bats section that uses real ball exit speeds to determine the bat with the most pop.

Without surprise, many of those bats also made our illegal bats list. Obviously, this makes them illegal in most leagues. You may find a few leagues that welcome such crazy hot bats, don’t enforce rules, have no bat standards or where anything goes in a home run derby. In those cases, expect anyone with the above bats to do remarkably well, even if they are a weakling. The B1 DaBomb put Combat on the map. Sadly, they are now a defunct company whose brand is captured under the Easton banner. This B1 was pre ABI testing (Accelerated Break-In) and anyone who stuck with this bat, worked it in and hit with it in Little League was a bomb maker.

Now that 2 1/4 is a standard of days gone by, the Combat B1 DaBomb can be found for a song on eBay. And although there are several bats on the market who have made their dent in the Little League space, we give the B1 DaBomb the title of World’s Hottest Little League Bat.

In modern history, that is since standard testing has become very restrictive, no bat ever performed in the big barrel space like the 2017 drop 10 2 3/4 Zen. It was, after all, banned in the early parts of 2017. Even compared to bats before the restrictive period, the 2 3/4 drop 10 CF Zen would be considered hot.

DeMarini retooled the CF Zen and those bats have both a different serial number and an orange cap instead of the white. However, many of the white cap bats still exist for a massive premium on secondary market sites.

Few bats in the world have appreciated in value over the last several years. But chief among those investment bats is the Easton Z-Core Redline SC500 stands. This bat is the Michael Jordan Rookie card of baseball bats. If you are lucky enough to have one, in nothing but hittable shape, expect its secondary market value to be north of $1000. And if you have one new in wrapper, you should put that thing in a very safe place.

Over the years there have been several crazy hot bats in the slowpitch softball space. Pushing the limits on bat performance is felt no where more acutely than in men’s softball.

Most of the world’s hottest softball bats are found in single piece composites. And while many could make the top of our list, we like the Miken ULTRA II as the hottest softball bat in the universe. Do note, however, the bat’s durability is terrible. But, while the handle is still attached to the barrel, expect to hit crazy monster bombs.