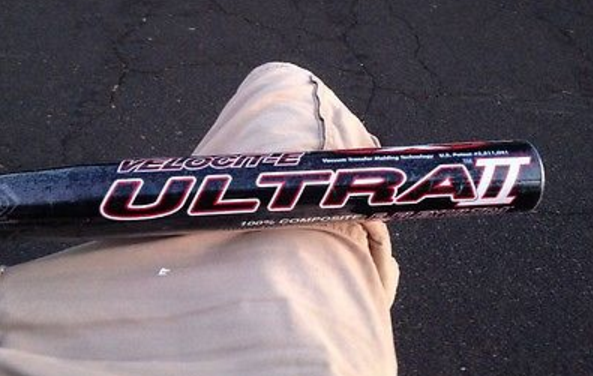 Slow pitch softball, known for its yeti-shaped players and immobile third basemen, has produced a number of iconic bats. Among them, and maybe chiefly so, is the Miken ULTRA II softball bat. As a single piece composite, the bat’s post-break-in trampoline effect resembles the effect a spark has on jet fuel. Until its release in 2011, never had the anemic male population been given so many chances to sign autographs in a church parking lot. The bat is found on our best slowpitch softball bats leaderboard. And, to date, the Ultra II stands atop the chart of best home run derby softball bats ever.

Outside of our own extensive experience with slow pitch softball bats, here are three sources we relied upon heavily to get our ratings here.

On this site, we found our best slowpitch softball bats a useful landing page. There we award the MIKEN ultra II as the best home run derby bat because, well, it is.

Like most traditional ball killing softball bats, the Miken Ultra II is a single piece composite bat. The break in time for the Ultra II ranges from 100 to 300 hits depending a bit on the bat and a bit on how hard you break it in. Once it is worked in, expect check swings at 300 feet.

Any negative ratings on the Ultra II are directly correlated with the bat’s durability. It is not the most durable bat in the world—the price you pay for homers. And if you use it a lot, you can expect it to break on the sweet spot during a hit. No doubt a disappointment, but think of all the girlfriends the bat has produced for you. Easy decision for a guy who spends his spare time playing slowpitch softball.

We do not suggest you use this Ultra II for batting practice.

We have used the MIKEN Ultra II during several games in leagues that have no bat restrictions. We hit bombs 1 out of 2 at bats and by no means are we a power hitter. In another league we play in regularly, we are USSSA restricted. We have yet to hit a home run with top quality Super Z and DeMarini One bats.

User reviews give the USSSA DC41 Supermax Miken bat the top space in terms of pop. This bat, named after hitting legend Denny Crine, is a two piece full composite bat with a triple barrel core. It does well out of the wrapper and only needs a little warm up time to rock the house. In USSSA leagues you cannot expect any more pop than is delivered by this beast.

Our ASA best Home Run Derby slowpitch bat is the 2015 CL22 Juggernaut from DeMarini. This is an endloaded composite bat. It uses a stacking system in the composite structure, so it is hard to refer to it as a single wall bat. Expect dead serious bombs with this stick.

After Watching 980 2018 College World Plate Appearances, Here Is What We Learned About BBCOR Bats »