We’ve hit with every performance bat from 2015 through 2020. These are the Best Bat for 9 Year Old readily available that we’ve tested and measured. 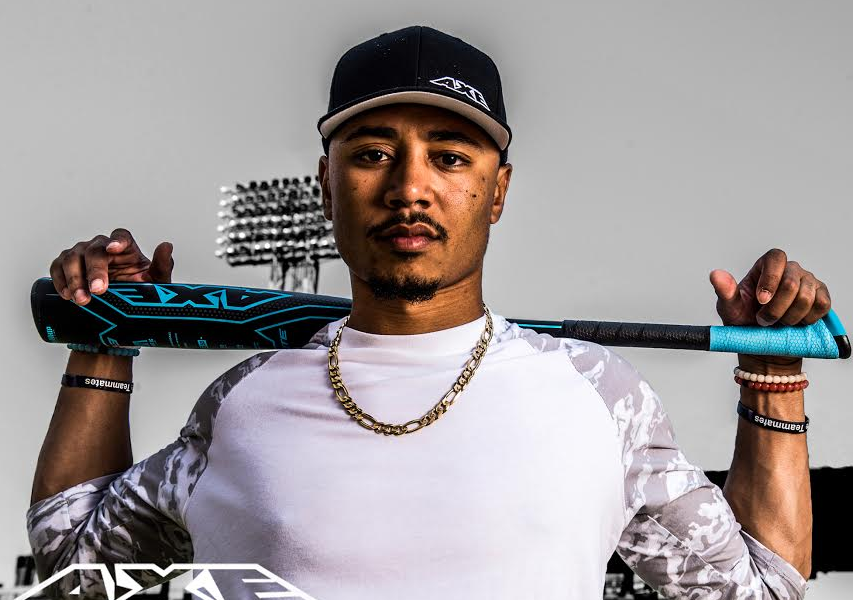 It's construction is the exact same as the 2019 Marucci CAT 8. So, we'd take that one or this updated color scheme of the Posey28 Metal from Marucci in 2020 as the best bat for a 9 year old. Right size, right balance, big pop.

Marucci's F5 is the best value purchase of a USSSA bat for a 9 year old. The barrel is huge, the bat swings light and it won't break the bank while its breaking pitchers' hearts.

Update September 19: With the vast majority of 2020 bats hit with we updated this article to reflect the best bats we found for 9 year olds. We also added information from our bat size chart survey data.

The average 9U should be swinging an 18 ounce bat. There are two measurements in a baseball bat: the DROP and the LENGTH. The recommended drop is stated in the chart above. The length is dependent upon your child’s height and strength. Generally speaking, there are few 9 year olds who should be swinging anything more than a 29 inch bat. Some can swing a 30 inch. The only real way to tell is to try it out. But on the whole, we’d suggest the average 9 year old get a 29 inch bat. If he’s much bigger than average then go 30.

Recommended Videos For You…

Most 2020 bats are released and we’ve hit with them. We don’t expect any big surprises to occur in the bat space in the short run. Of course, as always, expect big manufacturers to come up with some limited edition or colorways as the holidays get closer for 2019. But, aside from that, there shouldn’t be considerable changes in the best bat for 9U through the 2020 season. Expect most changes to occur during the late summer of 2020.

Nine years old is a tough time to find the perfect bat. On one hand your player is growing and won’t need a bat for too long, on another many 9 year olds are starting to take baseball pretty seriously and the right bat can make all the difference for that travel ball or all star team. Yet, still, spending a small fortune on a top end bat that will last much longer than he will is a tough call.

We suggest, if you’re very serious about baseball and fastpitch at 9, you go for the best on this list. Then, look to sell your bat in the secondary market come next season (or whenever they grow out of it). If you’re playing rec and just figureing things out we suggest you stick with the less expensive options as it won’t matter that much. If your child just needs a bat for this year and you want to give them a legitimate option then go for the less expensive ones.

It’s easier to whittle down the perfect bat for a 9 year old if you understand what size they swing. Based on our data, most 9 year olds (more than 50%) swing either a 28/18 or 29/19. Then, consider that the age, for most, isn’t quite the time to invest heavily in a bat as the kid will outgrow it in a matter of months. Once pared down to those options Marucci’s Posey28 Metal (known in 2019 as the CAT 8) rises to the top of the right bat for a 9 year old. Now, some would argue, sucessfully, that DeMarini’s 2020 CF is a the best USSSA bat for a 9 year old and, while we wouldn’t disagree in terms of performance, we do disagree a bit based on overall experience and value. That’s why we think the 2020 Marucci Posey28 Metal is the best bat for a 9 year old.

We are three years into the USA bat experiment and are still convinced that aluminum barrels perform better (or at least as good) as any composite we have measured. Throw in the fact metal barrels are 30 to 40% cheaper and have much better durability and they rise to the top of our rankings list.

The 2020 USA Select checks all the boxes for the best bat for a 9 year old: It comes in the popular 28/18 and 29/19 which make up more than 50% of the 10 year old market; The select has the smoother feel of a two piece bat while keeping the performance of a performance aluminum barrel; Durability concerns, a major factor in the USA drop 10 bat experience thus far, are quelled by a more durable aluminum. Slugger’s Select also gets the best user ratings across the board in the USA space. Our hitters loved the feel and performance while we loved the price. It’s a win, win, win.

Best Cheap Bat For 9U

Best Cheap Bat For 9U

It’s hard to justify spending too much on a bat for a 9 year old. For many they are just getting a feel for if they like baseball or not. For others, they see no need to spend ridiculous amounts on a bat when they’ll grow out of it in a short few months. It’s why we think Marucci’s F5 is the best cheap bat for a 9 year old.

It runs in the most popular 9 year old sizes too, a 29/19 and 28/18. Marruci’s F5 is best know for its CAT 8/Posey28 barrel at a fraction of the cost. Indeed, in large measure, the barrel is exactly the same. The only thing you are losing when stepping down to the F5 is the anti-vibration knob Marucci puts in the CAT 8. The knob does work, don’t get us wrong. But, at 9 years old rarely are they seeing the right kind of pitch speed or generating the right kind of bat speed to ring the hands. If they are then you might want to consider a bat like the CAT 8 or the litany of two piece bats in the 29/19 and 28/18 space.

The LXT is expensive. Let’s get that out of the way first. We think it reasonable to believe spending $300+ on a 9 year olds bat a bit over the top. If that’s you then you should fin dour best cheap fastpitch bat for a 9 year old below. (Before you bail on the LXT, you might be surprised at the prices of older models. Check, for example, a 2018 or 2017 drop 12 LXT on places like Amazon. Often, these old bats get forgotten in the marketing hype and a few vendors are trying to unload their inventory for real cheap. If the price is right you might have struck gold—it is well worth checking on before you jump to a less expensive option).

That said, regardless of price, we think the LXT in a drop 12 is the best bat for a 9 year old in the fastpitch space. The bat swings very light and feels fantastic on every hit. The sweet spot is long, it generates a ton of ball hop, and the bat is proven. You simply won’t find a drop 12 fastpitch bat with more positive user reviews over the years.

Like the Slugger LXT, the Bustos has a long history of solid performance and durability. Granted, the bat won’t feel like a world beater but when your daughter is just getting started and needs reps and ball contact the light swing of a Bustos will serve her well. It is a two piece bat so you can expect it remove a lot of the hand sting on poorly hit balls.

As well, although not on this list, Slugger has a drop 13 called the Proven which is a lot like the Bustos in overall value.

Why We Are Right (and wrong)

We have hit with every bat in every category. As well, we have had long conversations with industry insiders and major vendors about each bat. That experience, combined with thousands of hours researching and writing about bats and actually playing week in and week out, give us some some insight to the best bat for an 9 year old.

We write about all our rankings in our best bats articles. But, here, after hours of research, we think the best bat for an 9U is the 2017 Rawlings VELO in a drop 12.

Best Baseball Bat Options For 9U

Choose the following performance baseball bat for your 9 year old based on price (below) and barrel length (see below chart). Other things to consider are below the chart.Best Bat for 8 Year Old Criteria

As there are a number of good bats made for 9 year olds, league and swing type will be the most important factors in determining which one to select. As we show below, there is a range of bats in different price points worth considering.

One bat that should be on the list is DeMarini’s JBB 2 3/4 CF Zen*. We think the bat is outstanding in terms of pop and balance, but enough complaints on the durability make us hesitate at least a little bit.  If it comes with a warranty, we say go for it. Otherwise, the following three bats are well worth a good look.

*After writing the above paragraph, the CF Zen JBB drop 10 has been banned by USSSA.

1) How Much Should You Spend?

For 9 year olds we like to use the Rule of 10. This rule states that the maximum amount of money you should spend on a baseball bat for your 9U is 10 multiplied by the number of games he or she will play.

For example, if you are scheduled to play 15 games this year (a lot for an 9U, then spending a maximum of $150 on a bat is a pretty good limit. Of course you can spend less if you find a better deal or simply want to limit your budget.

2) What Size Is Allowed?

Before spending real money on a baseball bat, you need to know what restrictions apply in your league. At 8 years old, most have very few rules, but there are some who restrict the diameter of the barrel to 2 5/8 or even 2 1/4. As well, many require special stamping (like BPF 1.15 to printed on the bats).