2015 Baseball Bat Releases: 3 Bats You Should Have Considered But Didn’t

We’ve seen over 40 different BBCOR bats, 45 big barrel league bats and over 30 youth barrel bats come through JBR HQ to be reviewed for the 2015 class. Of those 100+ bats we’ve found several duds, many that are reprints from 2014 and a select few that were fantastic. Overall the 2015 class has been remarkable and comment worthy.

As a bit of a send off, instead of reviewing those well received bats which I’ve done several times, I’d like to take the last 2015 bat review post to recommend the following three bats which, I would correctly guess, the vast majority of bat buyers never knew existed but should have.

In no particular order, here are the three ‘best’ bats of 2015 of which you’ve probably never heard:

One reason I get such a kick out of writing this blog is to give the smaller companies some reasonable coverage. This sentiment doesn’t mean I discount the impressive powers that very large companies can focus to create outstanding and top selling bats. By almost all intents and measurements the top flight bats from the top flight companies are as legit a stick as you can ever find.

But those big time companies’ ability to create and sell a perfectly suited bat doesn’t also mean they’ve cornered the market on perfectly suited bats. As one example, I’d argue, the best bat for any t-baller is the Axe Phenom—which most folks never even knew existed. The t-ball phenom is a drop 11 that comes in variety of lengths and, most importantly, has a handle that is proven to get younger players better mechanics. It may be arguable if the Axe shaped handle improves the swing of older players, but there is little doubt it does for t-ballers.

The best part? The bat is $30. Even the limited edition colorways are $30. And if you use this coupon code you get 10% off: LL-MUELLER.

The Axe Phenom is a helpful little baseball bat that should be in the equipment bag of every t ball team in America. That’s right, I said that. It is a niche bat for sure, but it is one of best bats in 2015 that few have ever had the chance to consider.

I’ve hit, and seen hit, every single baseball bat made for 2015. After the painfully lackluster set and the reprints from 2014, there have been a few moments of greatness, and these haven’t always had the names of Easton, DeMarini, Louisville Slugger, Rawlings, RIP-IT and Combat on the side. One perfect example is the 2015 Anderson Techzilla 2.0.

Those who have paid attention to the bat space over the last several years will remember the original Techzilla back in 2006 and 2007 which was a rope making bat. It is one of our best bats ever made.  After those iterations Anderson struggled to stay relevant in a world of bat regulation.

Following some restructuring and ownership changes, the Anderson name released a 2015 Techzilla. This is, in JBR’s opinion, the most under the radar bat in the entire class of 2015. The bat is, on paper at least, a standard one piece alloy in a drop 9 that is only carried in a 2 1/4 barrel. But if you’ve spent more than just a few seconds in the cage with the bat you’d know it is something special and several kids in 2 3/4 or 2 5/8 leagues will take the drop in diameter just to swing this driller.

The bat is stiff through the barrel and handle and can definitely ring your hands on mishits, but the end loaded stick is a fantastic hit for the kid with a little bit of power and lot a bit of swag. You can check out our earlier review when this first came out here. 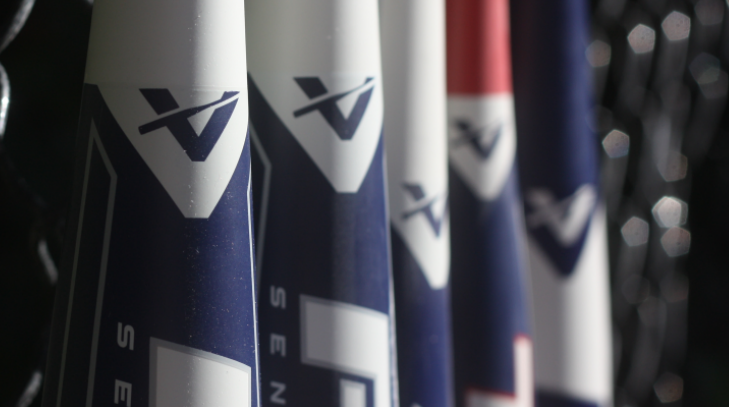 Want more proof the bag is legit? If pricing is proof, we can point out that we’ve never seen a bat actually INCREASE in price over the year it was produced. But the Techzilla 2.0, which started the year at $199, is now being sold for $239. In other words, while big time bats are dropping their price to rid inventory for 2016 releases, Anderson’s Techzilla is trying to stay in stock. Not a bad problem to have and another data point in convincing me that the Tech 2.0 is legit. Check pricing here.

The Techzilla 2.0 is an unheralded bat that demands a final shout out from the class of 2015.

In a world run by retailer shelf space it’s likely you’ve never heard that Boombah makes baseball bats. And if you have it’s still unlikely you’ve ever hit with their Xplode bat. (You can also see the 2015 Boombah Cannon Bat at that link).

It comes in a BBCOR version and a drop 10 or drop 5 version in the 2 5/8 big barrel bat with a USSSA 1.15 stamp. The barrel size is remarkable considering its an alloy. Its one piece design also hits with a ton of force.

Most importantly, and get ready for this, the bat is only $99. This price puts it in the Wal-Mart category of bats, but we are confident its quality and light swing weight doesn’t deserve such categorization. The direct to consumer sale via Boombah in the 2015 Xplode may very well be the best 2015 deal on any bat, and virtually no one has heard of it.

So with 2015 in the books for baseball bats, we move on to build our 2016 Baseball Bat Reviews list with excitement. Thanks for reading along and we look forward to great times ahead.