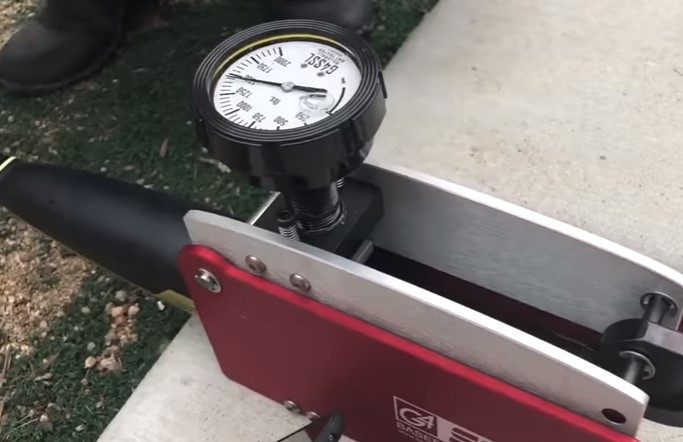 We measured the exit speeds of a BBCOR composite bat pre and post rolling. We found rolling did increase the bat’s average exit velocity but not by much. In our focused test (one bat, one hitter, 20 measured exit speeds) we found an increase of 1 mile per hour and just over 5 feet of distance. This was after we deceased the bats compression from a 1450 reading to a 1300 through rolling. (Rolling, we note here, is likely illegal). 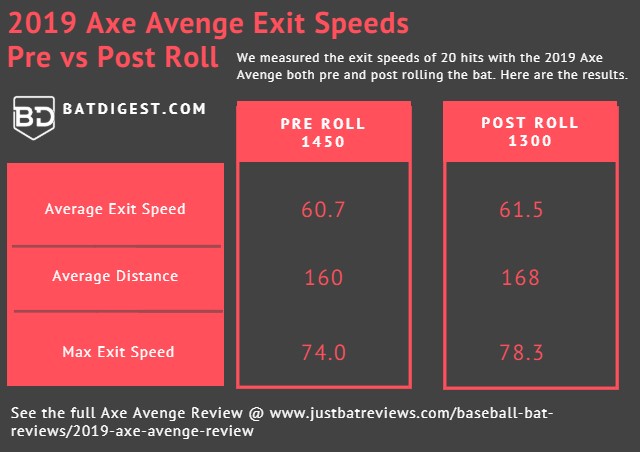 The test fell short of robust, industry wide testing among several different bats. But, after comparing the results and seeing the bats hit live, we think it fair to say rolling does increase performance for fresh out of the wrapper composite bats. However, the improvement in exit speeds and distance is far from overwhelming. And, we think, it likely that simply hitting the bat off a tee several hundred times would get the same results as rolling—albeit requiring both more patience and more work.

Although no study exists (maybe one day we’ll get to it) working a composite bat in by rolling it should decrease its longevity. The logic here is simple enough. If a composite bat only has so many hits inside of it, manufacturing a number of hits on the bat through rolling will lower the amount of hits before the bats life ends. For some composite bats such the death will come in a crack or break of the bat. For others, it will simply lose its pop.

It is likely that USSSA (1.15 BPF) baseball bats might see more success with rolling. As would, it is possible, softball and fastpitch bats in the ASA and USSSA standard. Our guess is that USA Bats have a similar results as BBCOR. But, to know for sure, more testing needs to be done so stay tuned!

The idea, generally accepted in the industry, is that a rolled composite bat can hit balls faster and further than a bat that is not rolled. Rolling the bat’s barrel through a compression vice breaks up the resin that holds together the layers of composite within a bat barrel’s walls. This resin restricts the bat’s trampoline effect. When the resin is loosened, the bat’s barrel can flex more. And, all things being equal, more flex in the barrel means more trampoline effect.

Many consider the practice illegal. (We discuss that here).