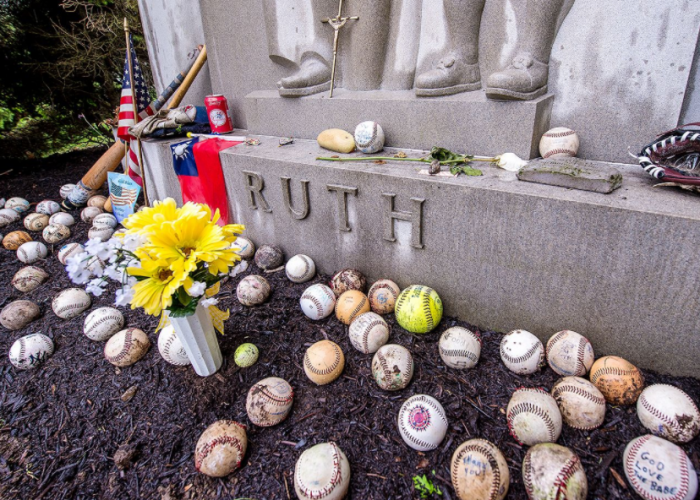 If your summer plan included visiting the grave sites of five of the best baseball players in history, then, if you lived in Mount Pleasant New York, you could do it in just over…wait for it…

Much of that drive involves getting to Macon, Georgia to see the mausoleum of Ty Cobb. But if you bailed on the Georgia Peach, then the remaining four fall within five hours of Mount Pleasant. And, if the four hour trip to DC to see Walter Johnson’s Grave could be passed up, then you could see Babe Ruth, Lou Gehrig and Jackie Robinson’s grave sites in all of 45 minutes. Talk about a well spent hour on a Memorial Day weekend. 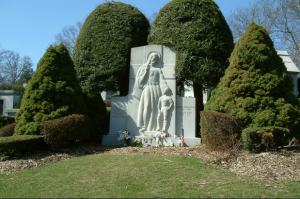 The Gate of Heaven Cemetery sits in Hawthorne, New York. You can find Ruth’s Grave there, and it is often adorned with baseballs and caps commemorating the Sultan of Swat. His legend lives to this day as the original Beast and shot caller. History has been kind to Mr. Ruth and his legend likely lives larger today than it ever has. Yet even despite his ascension in baseball folklore, the guy was the best player in his time—and many still argue he was the best player ever. (See Babe Ruth’s Bats) 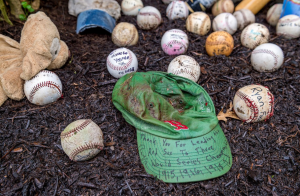 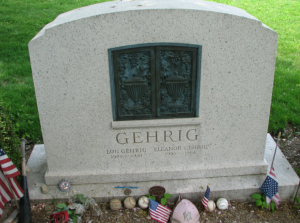 You barely need to get back in the car for the next stop. Lou Gehrig’s grave site sits on an adjoining cemetery to the Great Bambino’s. All of one mile down the road, Kensico Cemetery is the home of another contender for the best baseball player ever. Although well known today for the disease that killed him and often carries his name, Gehrig was the first player to have his number retired. (Lou Gehrig’s Bats) 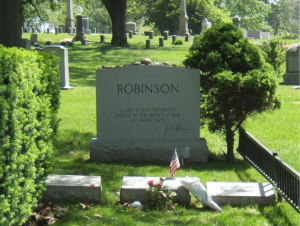 Few argue that Jackie Robinson was a top five baseball player of all time. Indeed, his feats on the field were notable, but his overall stat lines were nothing like the others’ on this list. But in terms of changing the game of baseball, few stand even close. Barring traffic, Jackie Robinson’s grave site can be found 45 minutes south in Cyprus Hills cemetery right in the heart of Brooklyn, New York. (See Jackie Robinson’s Bat) 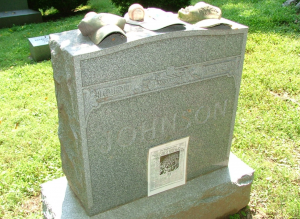 Four hours down the road from Jackie Robison’s grave is the Rockville Cemetery north of Washington DC. There lies Walter Johnson. Walter Johnson may be the best baseball player of whom most have never heard. When he set the records for complete games (417), strikeouts (3,509), wins (417), shutouts (110) and 20 win seasons (12), there was no doubt he was a different kind of human. Guys like Cy Young broke a few of those records quickly, but his strikeout record lasted for nearly 60 years. Even today, he holds the complete games (531) record. 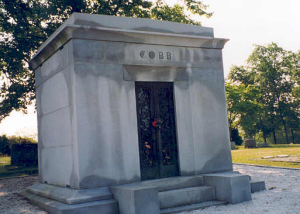 The longest stretch is from DC to Macon, Georgia, which should take you a good half day. But, once there, find the Rose Hill cemetery in Macon, which lies a little over an hour south of Atlanta. Cobb, considered the best all-around baseball player ever, was buried in his home state. He and his wife have their own free standing above ground cemetery. He died on July 17th, 1961. (See Ty Cobb’s Bat)

This is a fantastic list! There is a cemetery in Baltimore that has four Hall of Famers- including John McGraw. I’m doing some research now on birthplaces, grave sites, museums, etc. of baseball players.

That cemetery is called New Cathedral snd it is located on the outskirts of Baltimore City. I know it well as my parents are buried there.