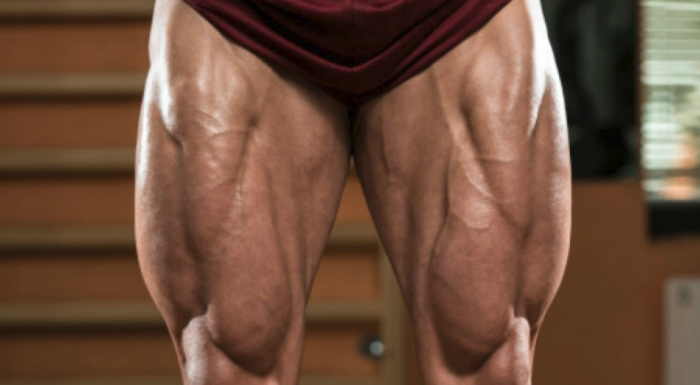 We spent hours looking through scientific journals (it is the off season after all). We looked for scientifically proven ways to hit more home runs. We found five.

These ideas of hitting more homers are not our ideas. The following five ways to hit more home runs are not devices. They aren’t specialty bats or premier access to training techniques. Rather, these are processes and plans that are proven to increase the distance you hit a ball found in academic journals. And, unlike most things in the psuedo-science of baseball training aids, they are proven.

As well, they aren’t terribly obvious. That is, the ideas we found in scientific journals to hit the ball further aren’t: Swing the Bat Harder. That’s obvious enough. But, more like an answer to these questions.

Science Says What About…

With all that said, let’s dive into the top 5 ways science says you can hit more home runs this coming year.

1. Learn to Hit the Curve Ball

What Science Says: Although traveling slower, a hit curve ball naturally spins the direction that gives the hit ball more lift and distance. As such, hitting a curveball for distance is easier than a hitting a fastball for distance. If you want to hit more home runs, learn to hunt and destroy the hook. Sources.

But, turns out, science and the data says otherwise.

Professor Hubbard used some high tech equipment to measure the flight path of balls hit from curves. The spinning nature of a curve ball off the bat gave the ball more lift. You can read more about the physics in the Journal of Physics here, or the Wall Street Journals take here. But, to put it simply, a batted curve ball ALREADY has backspin. To give a fastball backspin you need to hit it more squarely. Yet, curve balls natural backspin on a hit gives it more lift and, potentially, a better chance to get out of the park.

As professor Hubbard who analyzed the data pointed out, “The well-hit curve ball heads for the field with more of the kind of spin that gives it fence-clearing lift and distance.”

How To Hit and See a Curve Ball

The only real trick to hitting a curve ball is practice. If you have access to a three wheel machine, or a dad who can spin it, then don’t forget to add curve ball practice to your BP repetition.

2. When in the On Deck Circle use a LIGHTER BAT 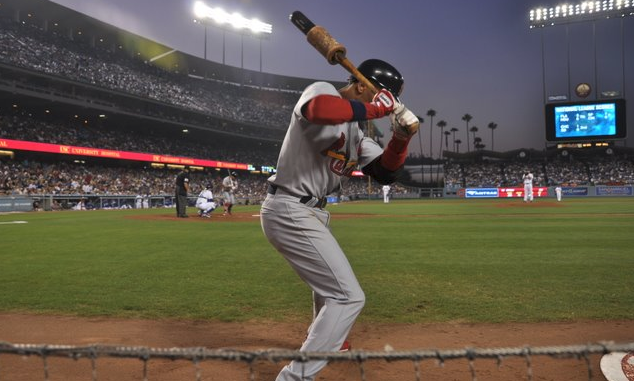 Here is another not well known principle of warming up. One that MLB players break all the time. A heavier bat, or a bat weight in the on deck circle, has NEVER proven to increase bat speed or batting average at the plate. Many studies, actually, have proven the opposite.

In fact, if you want to increase your bat speed at the plate then warm up with a LIGHTER bat. Some studies say anywhere from 10 to 15% lighter than your game bat.

Why does this happen?

The data isn’t terribly clear as to why warming up with a heavier bat might slow down your bat velocity at the plate. Some suggest that a heavier bat actually changes your swing plane and, therefore, warming up with it right before you grab your game bat does nothing for you. Others suggest the slower bat doesn’t acclimate your fast twitch muscles to maximum speed.

In any event, the data suggest you should never warm up with a heavier bat. But, instead, warm up with a lighter bat. We’d suggest, based on this data set, you warm up with a bat one inch below what you normally use. So, if you swing a 32/22 then find a 31/21 to get warm in the on deck circle.

We don’t get paid millions of dollars to hit a baseball. So, we realize, the advice from lab coat ball players should be taken with some salt. But, again, we can’t find a single study that says weighting down a bat in the on deck circle is useful—its possible its actually harmful.

What Science Says: Working with bats that are heavier and lighter during batting practice increases your bat speed by up to 10%. Studies show that a regimented 12 week program of under-weighted and over-weighted bats that are around 12% heavier and lighter than your game bat will allow you to hit more home runs. If you want to hit more dingers this next year then alternate your bat in the cage between heavier, lighter and game weight. Sources.

Another scientifically proven way to hit the ball further is resistance training through under-weighted and over-weighted bats. The data shows that a batting practice drill as described below will increase bat speed by 10% on average over the course of 12 weeks.

This process is simple enough even though a few have made it more complicated than it needs to be. In short, find a bat that is around 12% lighter and one that is 12% heavier than your game bat. This is usually just one inch bigger and one inch smaller of the same drop. (Some studies used bats up to 100% heavier and 50% lighter. All of the studies showed improvement).

The most robust study on underload and overload training suggests 10 swings per bat with the three different bats (30 swings) as one total set. Repeat that set 5 times. Do NOT rest more than 15 seconds between swings nor more than 30 seconds between switching bats or sets. This program creates a total of 150 swings to be completed daily for 12 weeks. Complete this work out on live pitched balls 4 times a week.
This is to be completed for 12 Weeks. 4 Days a Week. 5 Sets per Day. For best results hit live pitched balls. But, tee work and/or dry swinging will work too.

Hitting the ball further is directly correlated to how fast your bat is moving. If you can increase your bat speed by 10% over 12 weeks then you can expect to hit the ball 10% further and a 10% greater chance of getting it out of the park.

4 & 5. Stop Working Out Your Forearms

What Science Says: Despite what your high school coach told you, forearm strength has no correlation to better bat speed. Don’t expect big forearms to mean you can hit the ball further. Instead, science has proven that both rotational strength and leg strength are highly correlated with better bat speed. If you want to hit more home runs, work out your major leg muscles once a week and do rotational exercises (like a medicine ball) three times a week. Sources. 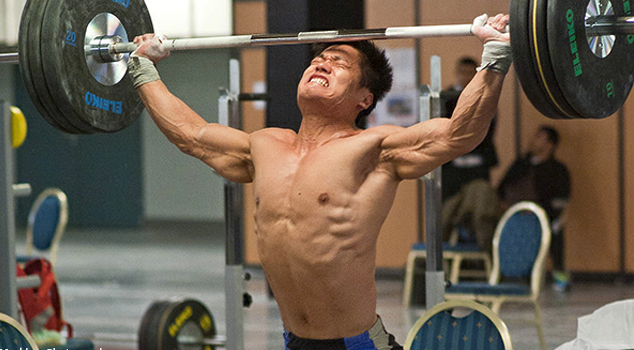 The right kind of strength training allows you to hit a ball further. But, of considerable note, forearm strength is NOT correlated with faster bat speed or further hit balls. Hughes, et al. studied the forearm strength of collegiate players and found there is no good correlation between stronger arms and faster hit balls.

That, we are sure, is a surprise to many high school baseball coaches.

Instead, there are two specific muscle groups that correlate with longer hit balls.

This isn’t that surprising. Although likely much less emphasized in a high school weight room than forearm workouts. Yet, rotational workout programs will help increase exit speeds and create more production at the plate.

In the study, here is the rotational exercises added to their strength training program.

Specific twisting medicine ball exercises were chosen and performed to “mimic the sequential, ballistic, and rotational movements of hitting and throwing a baseball”—using 2 to 6kg medicine balls.

Although forearm strength did NOT increase bat speed, leg strength did. Anyone who really knows how to hit won’t be surprised by this. Power comes from your legs. To hit bombs you need strong legs.

Scientific studies prove this too. An article in the journal of Strength and Conditioning measured the effect squat and dead lift maxes had on bat speed. Turns out, if you can increase your squat and deadlift you will also increase the speed at which you can swing a bat.

There are dozens of ways to increase leg strength. Depending on your familiarity with the gym the world is your oyster.

We won’t overstate our ability to recommend leg workouts here. There are plenty of resources for youth to increase let strength and we’ll direct you there, and there and there.

How to Hit Home Runs?

So, there you have it. If you want to hit the ball further than the above 5 scientifically proven ideas do in fact work. But, there is no magic bullet. No special training program or online service that makes you a stronger hitter. Each of them require work, and we like the science behind the ideas above.

In other words, if you want to hit the ball further then (1) Learn How to Hit a Curve Ball, (2) Warm Up with a Lighter Bat, (3) Do Underload and Overload Training, (4) Complete a 12 week Rotational Medicine Ball workout and (5) Build Your Legs.

Then, once you’ve worked on those all season, the best BBCOR bat for you will mean just that much more.