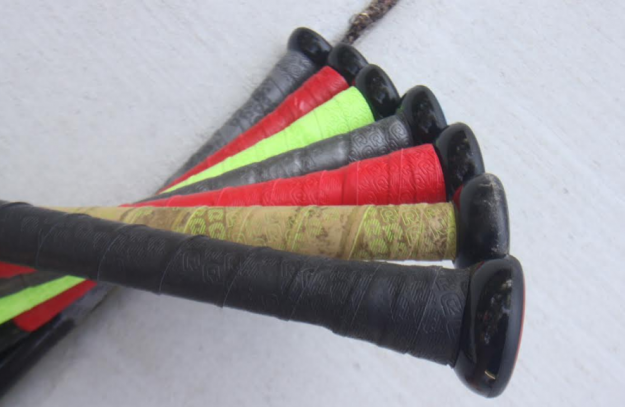 3 Bat Buying Secrets | The When, Where and Whats of Bat Buying

Over the years of buying performance baseball and softball bats we gathered a number of tricks along the way. We share with you three general categories that can save you several thousands of dollars over the years. Consider this the how-to of best bang for your buck on a bat.

One obvious idea is to save some dough is to buy a previously used bat. Sites, like ebay, often have used bats up for auction at remarkable discounts. But those discounts come with a cost in the name of no warranty, damaged goods and dealing with novice sellers. Despite these and other legit reasons to not buy used, here are a few insights to consider when pulling the trigger on a ‘used’ bat.

Secret #2: When? Timing is EVERYTHING & Last Year’s Model

No matter if you’re buying new or used, the market prices for bats fluctuate. The price curve almost always bottoms out a few days and weeks before manufacturers release their new version of the bat. For baseball this is the last few weeks of July through August. Fastpitch is closer to June.

Often, vendors looking to produce some shelf space dramatically reduce their prices to move some boxes. It is not uncommon to get bats at 50% of their ‘in season’ price during this short window. During this frenzy, check a place like justbats.com old inventory, closeoutbats or amazon’s bat section to monitor. If you are real clever, you’ll find these vendors also have eBay accounts where they really unload prices.

Generally speaking, buy used if the barrel is composite and make sure the grip condition is lining up with the claim of how often the bat was used. Also be aware that a “NIW” claim doesn’t also mean it has a warranty. Make sure, as well, you buy at the right time and, as long as you can confirm the bat is what you want, go with last year’s model. These are the keys to getting the best bang for your buck in a bat.

In an attempt to be pragmatic (although this list will be quickly outdated as they sale) here are a couple of bats I found with a few basic searches in a matter of minutes. Buying these three bats today would be a legitimate $400 in savings.

Not sure where you get your information but how can an aluminum bat lose its pop? I have seen tons of Composite bats lose pop in a month or 2.. with no cracks… especially now day talking about the new BBCOR composites not the old ones that were super hot…
I have never seen last years bat cost as much as this years and a lot of the time the only difference is the paint job. I would never buy a used composite bat I don’t care how good it looks…

The best way to think about it is simple that Aluminum is not kryptonite. It loses its shape and rebound power over time. It is, after all, a version of a thick soda can. Impact after impact push it to lose its shape and rigidity. Speak to any bat engineer and they’ll tell you the same. They are never hotter than they are first swing out of the wrapper. Good ones will last several thousands of hits. Buying an aluminum bat that has been heavily used is at a measurable disadvantage over a new one.

Composite bats only get hotter over time, its why they work like they work. It’s why governing associations work them in before they test them. They are a plastic that becomes more flexible the more you hit them. (Aluminum isn’t flexible, its rigid. Making it more flexible, like crushing your soda can, gives it less integrity with less rebound power. On the other hand, if Composite bats haven’t broke in the first several hundred impacts its unlikely they’ll ever break with reasonable use. We’ve hit 500 different bats over 10,000 times. If you’ve yet to see a composite bat that isn’t hotter after a few months then keep on looking. There are plenty out there.

Thanks and hope that helps.
Bat Digest