We’ve hit with the Rocketech 2.0 fastpitch from Anderson a dozen times. Several different hitters used the bat. We’ve also listened and read the reviews of a number of hitters that use the Rocketech regularly. As well, we’ve discussed the manufacturing process of the 2.0 Rocketech with the creators at Anderson Bat Company. Additionally, we’ve spent hours observing top performance fast-pitch bats and are able to make, what we think are, fair comparisons to the Rocketech 2.0. These data points were compiled into the following 2016 Anderson Rocketech fastpitch bat review. 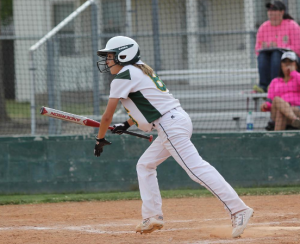 The Anderson Rocketech 2.0 fastpitch bat is unlike most other performance bats in the market. This is due to the fact the bat is made as a single piece aluminum stick while most other top shelf performance bats are two piece composites. The single piece aluminum is built with a heavy hitting player in mind who often prefers an endload and power. The bat’s length in inches to weight in ounces is different by 9 (making the bat a “Drop 9”).

In practice the theory of single piece bat’s is generally confirmed. Players who tend to prefer single piece bats (either composite or aluminum) have monster swings and are comfortable with a bit of hand ring. Additionally, in both baseball and softball, single piece bats are used by players with higher slugging percentages.

Also, we should note, single piece aluminum bats are the preferred bats for cold weather. Composite bats, you may have learned the hard way, often crack in the chill. Manufacturers generally claim sub 60 degree weather as off limits. Remember, its the temperature of the bat not of the air. Some have also learned this the hard way by taking a cold composite bat into a warm hitting facility to see the bat still crack. [/su_note] 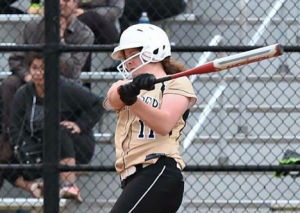 We’ve searched far and wide and can’t quite come up with any bat like the Rocketech 2.0. A single piece aluminum stick with a considerable barrel and an endload is a bit like a unicorn in this space: impossible to find. For the right player, the Rocketech 2.0 is a unique bat with a ton of power and performance that stands in a class of its own.

On the whole, we would recommend the Rocketech 2.0 Andreson Fastpitch bat to hitters who fit any or all of the following. The hitter may:

In our long winded ‘best fastpitch softball bat article‘ we claim the Anderson Rocketech 2.0 bat as the best bat on the market for cold weather player. We stand by that claim 8 month later.