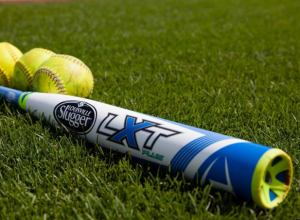 We spent 2 hours in our cage comparing the 2016 Louisville Slugger LXT PLUS Fastpitch softball bat (Ebay, Amazon Price Check) to other similar designs in the market. We received feedback from 4 different hitters—each of whom play competitive fastpitch.

We also spent 2 hours researching previous versions of the LXT from slugger on vendor sites and analyzing YouTube videos, as well as our own cage time, of bat performance.Jump to the full review.

We also spent 2 hours researching previous versions of the LXT from slugger on vendor sites and analyzing YouTube videos, as well as our own cage time, of bat performance.

We also read at least a dozen online reviews that discuss the bat, albeit superficially, and exchanged a few emails with Louisville Slugger’s bat team. We took these data points and added them in written form below for our 2016 Louisville Slugger LXT PLUS Review.

With that background, we are confident in recommending the LXT plus to hitters who prefer a light swinging two piece composite softball bat in the top shelf performance space. The bat should be appreciated by players who:

Hit in the 1, 2, 3 and 5 holes.
Tend to have a high AVG but not so much a high SLG.
Need as much barrel for swing weight as possible (especially in the smaller sizes).
Play a serious (40+) number of games each year.
Want to afford a top shelf performance softball bat

If a vote as the best fastpitch bat in 2016 isn’t telling enough as to our feelings on the 2016 LXT plus then we’re not quite sure how else we could say it. The bat is down right dangerous with its stiff transition and monster over performing barrel. The success at all pitch speeds—collegiate to near coach pitch—is what we thought most impressive. You’d see this bat hitting line drives in a 9u game and then turn on ESPN to the fast-pitch world series and see it again at the plate dropping trips like steph curry.

Every serious fast pitch bat company has a top shelf bat in the performance two piece composite space. Easton has the MAKO, for example; DeMarini the CF8; Slugger also has the XENO Plus; Worth the 2 Legit. There are several others.

Each attempt to fill the need of hungry fastpitch players looking for a lot of options in swing weight, a long barrel and great performance at all pitch speeds. The LXT Plus, we are of the opinion, does that as well, if not better than anyone. It was, in fact, our pick for best fastpitch bat of 2016. Other’s are also very good.

The 2016 LXT PLUS, like previous year’s versions, is a balanced bat with a gigantic sweet spot and a very stiff transition preferred by elite level players. The composite has been upgraded to this year’s PLUS—to add some durability and better control swing weight—the LXT remains a two piece composite bat built with a stiff transition and remarkable production along the entire length of the barrel. 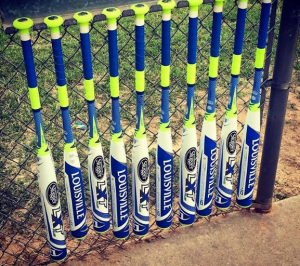 The LXT Plus uses a composite “slug” insert between the barrel and handle that helps dampen sting. Louisville Slugger has used this design feature for several years among several of their high performance bats. It is referred to as the TRU3 connective piece. The insert makes the bat, officially, a three piece bat design.

There are also two barrels within the 2016 LXT Plus. The outer barrel is tuned for maximum performance across its entire length while the inner barrel makes sure high pitch speeds and massive collisions keep the barrel within legal limits. The benefit to the hitter is no work in period for the composite barrel and legitimate  bat performance across all pitch speeds. 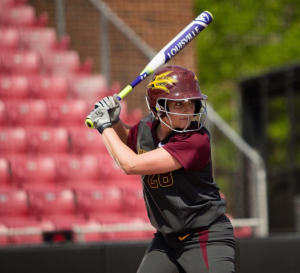 The 2016 LXT Plus is offered in a number of sizes. (Not as many as the the XENO). You’ll notice, in the sizing below, the lower drops (8 and 9) don’t have as many length options because they are built for stronger and more elite players who only need a longer barrel.