We spent way more time than we’d like to admit designing our Louisville Slugger Custom Fastpitch 2017 LXT Hyper bat. The range of custom colors, options and imagery (like the Custom DeMarini site we’ve reviewed before) sent us into a Jackson Pollock like trance throwing colors every which way on every little facet of that bat. We mixed and matched the ‘cone’ color with the end cap and then coordinated the wrap with the 2nd decal on the barrel.

Yet, after a few seconds spent absorbing the purposefully mismatched bat’s shock value, even that stick is endearing. That design, we claim, would be called Lady Gaga. Indeed, this custom LXT was crazy yet sleek; ridiculous yet powerful; selfishly over-aware yet somehow removed from reality. It was a monstrosity for sure, but even Victor loved his Frankenstein. Later, we’d agree, it was impossible to customize an LXT that didn’t look fantastic–at least on paper. We darn near almost pulled the trigger.

Then we made the mistake of showing our daughter, whose bat it would be. Not one to look a gift horse in the mouth, she thought that bat was amazing. But, she offered, shouldn’t it have more of her favorite color (yellow)? And, now that we’ve breached the ‘colors we like’ bridge, shouldn’t the racing stripe and one of the barrel colors be matched? And, she thought quickly, shouldn’t the end cap and knob be matched as well because they’re like book ends?

Soon enough, our psychedelic bat experiment had come to a screeching halt. We were left with a mostly coordinated bat color scheme. Something like this:

Now, the only real question was how closely would our on paper image look like the real thing. We think it looks fantastic. Judge for yourself: 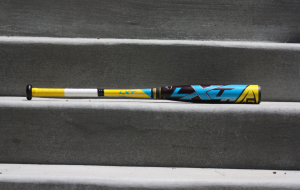 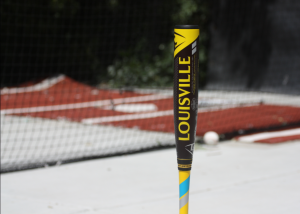 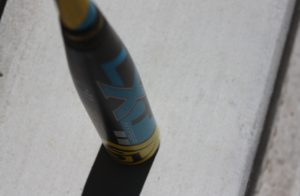 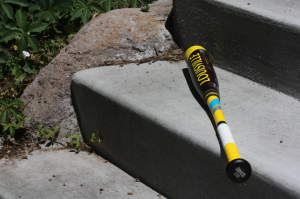 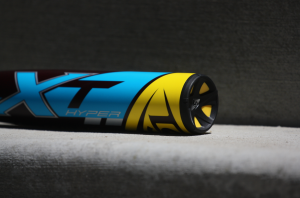 The only custom fastpitch bat Slugger currently releases is the LXT. We would guess, much like DeMarini did with their Voodoo in 2015, Slugger is waiting to see the uptake of the 2017 LXT custom before expanding the custom options to the Xeno Plus and, possibly, 917 Prime baseball and Z4 softball bats. We can only hope.

The good news is, Slugger’s LXT Hyper comes in nearly every size imaginable so its not like anyone wanting a custom made LXT hyper can’t find her size. Collegiate bats in the drop 8 33 and 34 inch lengths as well as first year players looking for a 28 inch 17 all have an option. 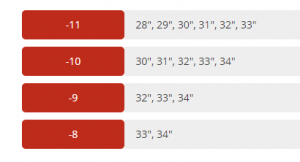 The custom LXT hyper, you’ve guessed by now, isn’t particularly inexpensive. It’s custom price point makes it the most expensive fast pitch bat on the market. While we won’t try and justify the price to our faithful reader—as clearly it’s a personal decision—whether customized or not the LXT Hyper is clearly a performance bat with respect across the industry as leading the charge in terms of usable barrel length, bat weight options and pure performance.