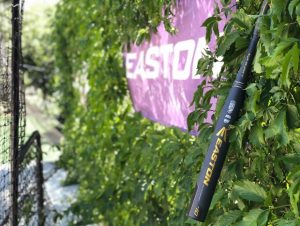 We hit with, and measured all sorts of items on, the 2019 Easton Ghost Double Barrel fastpitch bat. Our bigger hitters, those with power, really liked the bat. Fitting, since our swing weight measurements showed it one of the

We hit with, and measured all sorts of items on, the 2019 Easton Ghost Double Barrel fastpitch bat. Our bigger hitters, those with power, really liked the bat. Fitting, since our swing weight measurements showed it one of the heaviest swinging drop 10 fastpitch bats on the market. Smaller hitters also liked the sound and the connection piece. We took their feedback, all the data we gathered and everything we read online about the bat to make this 2019 Easton Ghost Double Barrel Review.

At the price point ($350) you have a lot of options in the fastpitch space. Nearly every serious bat you can find for that price. And, if you’re up for getting last year’s model, it’s probable you can save several dollars off that price.

We do NOT recommend buying used composite bats due to their durability. But, if the price is right we’d go for anything.

We liked the connection+ piece. This competes well, we think, with the 3-Fusion from DeMarini. It makes for a smooth smash on hits and mishits.

In terms of a high end bat with a heavy swing weight and a smooth connection point we think Slugger’s PXT a legit comparable model. The barrels, feel and swing weight are identical. Both also have the shortest barrels of the class we measured.

Both the bats come in a drop 9 and 10. (Granted, the drop 9 is actually the 2018 Ghost Double Barrel that is NOT USSSA certified). But, only the Ghost comes in the drop 11 while the PXT comes in a drop 8.

The barrel constructions on the bats are quite different. The Ghost uses a double barrel design (hence the name) while the PXT is a ring free bat (meaning they don’t use any rings in the bats. Easton didn’t invent the idea of a double barrel for a fastpitch bat, but they are sticking with it for the Ghost.

If you are looking for another double walled fastpitch bat, like the Ghost, then check out the new 2019 Prism from DeMarini.

After hitting with the 2019 Slugger PXT our hitters found it to feel great off a tee. However, smaller hitters struggled during live pitching due to the serious end load on the bat.

Why a Double Barrel?

The idea behind a double barrel is the outer barrel can work the trampoline while the inner barrel works as a govenor. This allows more hot out of the wrapper performance without going over the limits imposed by regulation after the outer layer is worked in.

Most companies don’t do this as it creates some weight restrictions on the bat. That is, a second barrel on the inside of the bat makes it swing heavier. Some of that is evidenced by the smaller barrel and the higher swing weight. But, those looking for a big hitting bat that is hot out of the wrapper are happy to use a double wall. In fact, a lot of slowpitch bats are made just like this.

There is no telling if Easton plans to release a 2019 drop 9 or 11 for the upated Ghost Double Wall. But, we’d guess not likely. Expect a full line release, though, for 2020.

Whats the difference between the 2020 fastpitch ghost bat and the 2019? For example, why is the ghost 2020 dual stamped? Did they take something out of it to make it legal in both?

What will be the difference between 2018 and 2020 ghost other than stamps?

Do you know if Easton is going to be coming out with a bat that is approved for both USSSA and ASA/NCAA/high school play?

Yes. The 2020 should be dual stamped—atleast as far as we’ve heard.

Only the blue bat (ASA) version of the bat is legal for Middle School and High School as they follow ASA rules. The yellow bat (USSA) version is for USSSA play and any league that follows USSSA rules. Both of these bats are for fastpitch.

Are the 2019 ghost bats legal for middle and high school play? Thank you!

Depends on which one you’re talking about. The ASA version is for girls fastpitch. Most USSSA versions are made more for Men’s fastpitch. So, depending on your league, then just get the right one (Blue or Gold).