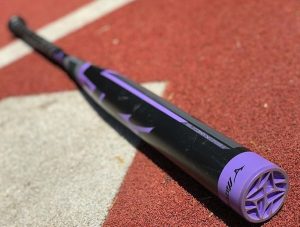 But, the Mizuno Power Carbon was easily the most underrated fastpitch bat in 2019. It ranks among our favorite fastpitch bats, swings right where we want it to, and recorded some of the Jump to the full review.

But, the Mizuno Power Carbon was easily the most underrated fastpitch bat in 2019. It ranks among our favorite fastpitch bats, swings right where we want it to, and recorded some of the best exit speeds we could generate.

Mizuno, not necessarily known for their fastpitch bats, hit a laser with this one. We expected very little. But, ultimately thought the Power Carbon one of the, if not THE, best fastpitch bat in 2019. Users and hitters around the country agree.

We think the vast majority of serious fastpitch players will really like the Mizuno Power Carbon. It swings smooth, has an average swing weight and really drives the ball.

The only type of players that might not appreciate it is those who like very light swinging bats and those who don’t play enough where an expensive bat is worth it. Otherwise, if you are in the market for a serious fastpitch bat that performs as well, if not better, than anything we’ve hit to date, put the 2019 Mizuno Power Carbon on your very short list.

The Mizuno Power Carbon is an absolute winner. For a bat that many don’t know we suspect it will blow most away. We’d recommend the bat to serious players looking for a top end light swinging two piece composite in the 2019 Fastpitch space.

Our hitters preferred the feel on the Mizuno Power Carbon more than the CF Insane, but you’ll find plenty in the market who feel the opposite.

Where the Power Carbon Fits

However, there is the occasional player that likes the power and stiffness only to be found in a one piece bat—regardless of how stiff the XENO claims to be. If that is you then the Carbon 1 is worth considering. Otherwise, lean towards the Carbon Power.

Mizuno has a couple two piece composite bats in their fastpitch line up. Likely the most similar to the Power Carbon is a two piece bat called the Carbon 2.

The Carbon 2, to put it simply, is the little sister of the Power Carbon. It has many of the same features–they just aren’t as nice. The barrel and handle’s tech are a generation behind the Power Carbon’s versions. But both bats have a double barrel, are a two piece composite design and have a similar balance point.

That said, the Carbon 2 is a legit choice. And for those just getting serious should find success with either one. And the Carbon 2 will save you a few bucks too.

In the same size, the bat swings 5% heavier than an ultra light swinging bat like the LXT from Slugger. But, the Power Carbon still swings considerably lighter than a bat like the Ghost Double Barrel or Slugger PXT. If you like the balance of the CF Insane or Louisville Slugger XENO then expect to feel right at home with the 2019 Mizuno Power Carbon.

The Power Carbon comes in a drop 11 and drop 10. The drop, you should know, is the numerical difference between the bat’s length in inches and the bat’s weight in ounces. So, a drop 11 that is 33 inches will weigh, roughly, 22 ounces.

Of course total weight doesn’t imply a certain swing weight. How difficult a bat is to swing (swing weight) depends on how the weight is distributed along the length of the barrel. Bats that weight the same don’t necessarily have the same swing weight. It is why a Slugger LXT can also be a drop 10 32/22 like the Mizuno Power Carbon but feel like it swings more than 5% lighter.